In written sources Kraslavas name appeared in the 14th century, nevertheless consious Latgalian castle mounds, settlements and ancient burial sites in the nearest city's neighbourhood testify that this area on the side of Daugavas trade routes had been inhabited for centuries before. In the 14th century a fortified storehouse of Livonian Holy Order was established in Kraslava, but in 1558 it became Holy Order's feoff. In the 16th and 17th century Kraslavas owners had often changed, but since 1729 when the estate was bought by the Graph Jans Ludvigs Platers, it remained in his family's property until the First World War. Plāteri sought to turn Kraslava into Latgalian administrative, spiritual and economic center. In 1808 Latgalian administrative authorities were transmitted from Daugavpils to Kraslava (even though only until 1822). However, after the fire in 1826 hamlet's former lustre began to disappear. Kraslava revived again in 1865 when Daugavpils-Vitebsk railway station was set up nearby. However, in 1893 hamlet was heavily damaged in the fire again. Before the First World War Krāslava was the second largest hamlet in Latvia (10,500 residents). The rights of the city were granted to Kraslava in 1923. 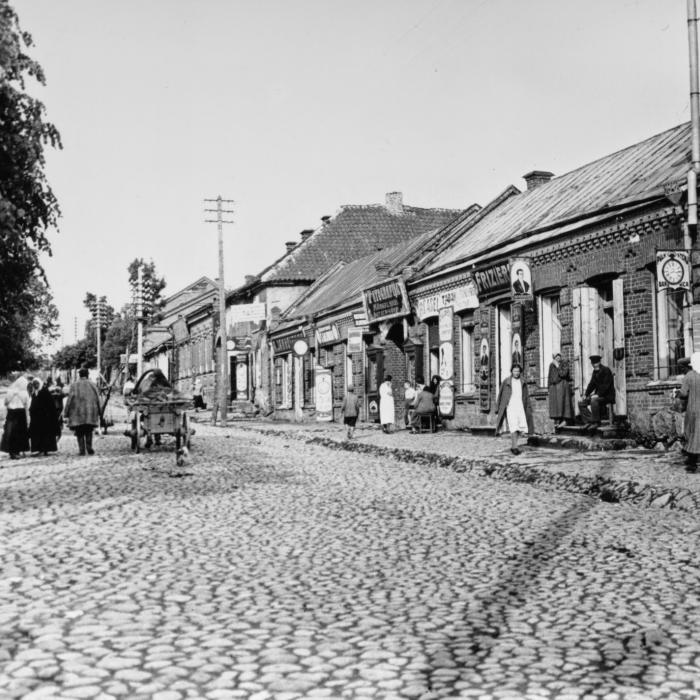