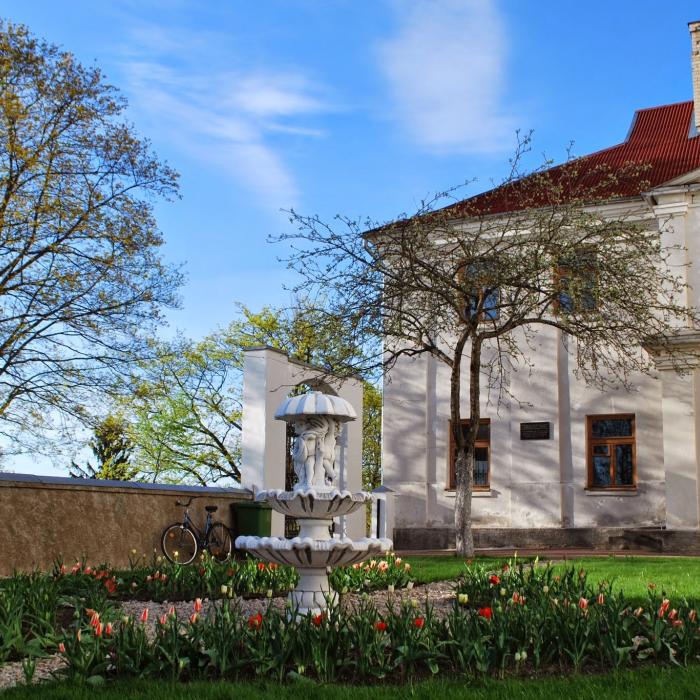 Kraslava Ecclesiastical Seminary was the first higher educational institution in Latvia. It was opened in an old building close to the church on June 15, 1757, where Jesuits were living. Soon the opening of the seminary and the reception of new students began. A new building was built close to the Church. It was the residence of the Bishop and the premises for the Ecclesiastical seminary.
In 1754 the Bishop Antonijs Ostrovskis invited fathers – sick quarters, the Priests’ congregation that was founded by St.Vincent de Pole in the 17th century in Paris at St.Lazare’s church. The purpose of the invitation was the organization of Kraslava Ecclesiastical seminary and the preparation of new priests for Latgale and Belarus. The money for the seminary was given by Roman curia, Minsk Bishop, local Bishop, as well as by local landowners. After semina­rians coming to Krāslava, the Jesuits left the building and moved to Indrica.
Thanks to support from Roman Curia, it was called Pope’s Seminary in Kraslava. After graduating the seminary students could continue studying in Vilnius ecclesiastical seminary. The learning process was organized strictly, the students` knowledge was regularly tested and the exams had to be passed every month. The length of the studies was 4 years.