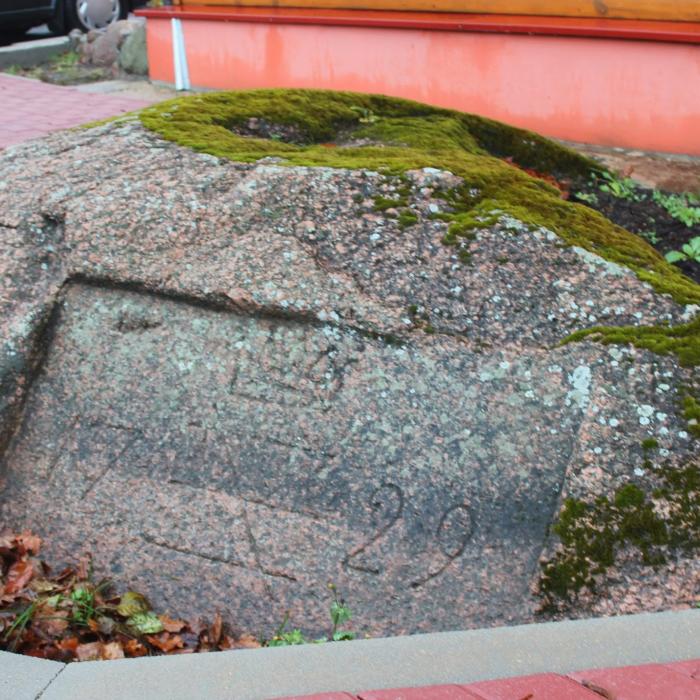 Is situated in Kraslava at number 12 Augusta street. The length is 2,8 m, the width is 2,2 m, the heigth is 0,7 m. It is told that the stone was much bigger, but its third part was chopped off long ago. About 5 cm deep and 130 cm wide rectangular is carved at the stone where a kin coat of arms of the Counts Broel-Platers and the date 1729 is marked. The legend says, that once in that spot there was a big wood, where a Polish king August II liked hunting. The king stopped at the stone to have some food and in honour of that case the date 1729 was carved on the stone that is being called Augusta’s stone till today. Maybe there is the element of truth, as August II really was the king of Poland from 1697 to 1733 and in 1729 Kraslava was included into the territory of Poland. The year 1729 has as well another meaning for Kraslava history. Counts Platers bought that estate and at the same time Kraslava got the status of a village. There is a supposition that those events became the main cause of carving the patrimony Platers’ coat of arms. By the way, Augusta’s stone was as well the border mark of the village.